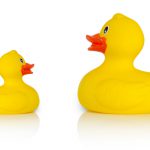 The obesity epidemic has lasting negative effects, the potential for cardiovascular disease and diabetes, leading to increase illness and decreased lifespan. However, maternal obesity touches not just the mother but has effects on the fetus and its development.

Data collected from population studies demonstrates an association between maternal obesity and the potential for neurodevelopmental issues in the offspring. There is an increased odds of cognitive deficits, decreased IQ and intellectual disability with issues greatly increasing when the maternal BMI (body mass index) > 40 kg/m2. This same association between elevated BMI and autism spectrum disorders (ASD) has been demonstrated. The risk is augmented by fetal compromise in utero (IUGR-intrauterine growth restriction) and preterm birth; preeclampsia and gestational diabetes. In all of these pregnancy conditions, there is a compromise of the maternal-placental unit – the means in which the fetus and mother communicate.

The physiology of the obese pregnancy is most likely what is responsible for the endpoints of what we see – the fetal compromise. With elevated BMI, there is a higher incidence of inflammation and malprogramming and fetal gene-editing, hormones are altered and there is impaired development of neurosignaling agents (serotonin and dopamine).

Maternal obesity and gestational weight gain may cause changes in the placental and the intrauterine environment resulting in fetal malprogramming and resultant long-lasting effects in the offspring.
It is clear that not all fetal metabolic and neurodevelopmental complications can be avoided. However, reducing maternal obesity can decrease the risk by 1-almost 4-fold.

Obesity is a lifelong struggle, with which many women struggle (perhaps because they were effected in utero, equally). Nonetheless, the hard work women do now, favor a nurturing environment for the fetus – in the hope that their children will not be afforded the same struggles.