Rheumatologic Medication Use When Trying To Conceive 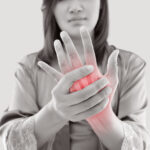 Rheumatologic diseases are very common in all reproductive age women, including those who are attempting to conceive. These are diseases of the joints and ligaments which include rheumatoid arthritis, systemic lupus, psoriasis-related arthritis, inflammatory bowel disease (IBD) as well as a number of less common diseases. Patients whose symptoms are not well controlled prior to pregnancy have an increased risk of pregnancy loss, and in some cases worsening of the disease. Rheumatologic medication use when trying to conceive is important to address with your rheumatologist prior to pregnancy to find the right balance.

Anti-rheumatic Drugs and Planning a Pregnancy

Discontinuation of medication because of pregnancy has been associated with significant early gestational age of delivery. However, many of the medications that are used for these diseases can lead to an increased risk of miscarriage as well as congenital anomalies. The risks and benefits of using these medications need to be weighed carefully in the decision whether to continue medication during the pregnancy. A recent comprehensive review of medications was published in May 2020 which can help guide physicians and their patients in their choice.

What rheumatologic medication can you take when pregnant?

Few, if any, of these medications have been studied enough to say that they are absolutely safe in pregnancy. However, a number of medications do appear to be safe either throughout the pregnancy or during certain trimesters.

Two of the more common medications non-steroidal anti-inflammatory drugs and glucocorticoids appear to be safe during pregnancy with a certain limitations. Use of non-steroidal anti-inflammatory medication (e.g. ibuprofen, naproxyn sodium) appear to be safe in the first two trimesters of pregnancy (up to 26-30 weeks gestation). These medications are not associated with an increase in miscarriage or congenital malformations. However, the use of these medications is not recommended in the third trimester of pregnancy due to an increase risk of closure of a valve in the heart and bleeding. Glucocorticoids in particular prednisone cortisone and hydrocortisone have been found to be safe in pregnancy. Betamethasone and dexamethasone do cross the placenta and should not routinely be used to treat rheumatologic  diseases although they may be used during pregnancy with specific indications.

Hydrochloroquine Use During Pregnancy

Among the disease modifying anti-rheumatic drugs hydrochloroquine (which has been in the news a lot lately) and sulfasalazine appear to be among the safest of medication and should be continued during the pregnancy. On the other hand, there are certain medications including methotrexate, leflunomide and mycophenolate that are known to cause miscarriages and malformations which are contraindicated during pregnancy. Most of the interleukin medications  have not been well studied and should be used only if necessary. Tumor Necrosis Factor Inhibitors (TNFI) have been well studied and also appear to be safe during pregnancy.

For the patient with rheumatoid arthritis, Lupus, or other rheumatologic inflammatory diseases, the decision as to which medications to use as one attempts to conceive and during pregnancy is a very difficult one weighing many risks and benefits. A patient with one of the diseases should consult their rheumatologist prior to attempting to conceive.

Our physicians are experts in diagnosing fertility problems, and guiding our patients through the process with care and expertise. If you have more questions on rheumatologic medication use when trying to conceive, please contact us. We are here to help.