Is Genetic Testing for IVF Worth It? 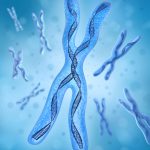 At least one in 30 people are a carrier of a genetic disorder. Most carriers don’t have a family history of a genetic disease which prompts many patients to contemplate genetic screening. We are often asked is genetic testing for IVF worth it? Being a carrier of a genetic disorder does not usually affect one’s individual health, but being a carrier does mean that there is an increased chance for your children to have the disorder if both you and your partner are carriers of the same disorder. The risk can be minimized through pre-implantation genetic testing.

What Are Chromosomes and Why Are They Important?

In the nucleus of each cell, the DNA molecule is packaged into these thread-like structures we call chromosomes. Genes are located on chromosomes that are passed from parent to child, making each of us unique. In other words, chromosomes make you, you. Having the right number of chromosomes is critically important to having a successful pregnancy. If your embryo does not have the correct number of chromosomes then your baby may fail to develop properly. For example, people with Down syndrome have three copies of chromosome 21 (Trisomy 21) instead of the two copies found in other people.

What Can Pre-Implantation Genetic Testing Tell You?

When to Consider PGT?

This technology is particularly applicable for couples with infertility who have an otherwise poor prognosis for success due to advanced maternal age. The older a woman is the more likely she is to have an abnormal embryo or who have repeated implantation failure following IVF, and in women with recurrent miscarriage, since most miscarriages are caused by an incorrect number of chromosomes.

PGT allows all 23 pairs of chromosomes (22 pairs of autosomal chromosomes and the pair of chromosomes that defines genetic sex). This screening allows us to identify normal chromosomes that may exist in embryos produced during an IVF cycle. Usually there is no guarantee that each IVF cycle is going to generate a normal embryo. However, Fertility Centers of New England ’s exclusive IVF Assist Select program virtually eliminates the chances of a baby being born with a chromosome abnormality once the embryo has been determined to have the correct number of chromosomes by PGT.

If you are experiencing recurrent miscarriages or unsuccessful IVF cycles, we are here to help. Please contact us to schedule an initial consultation.

Many questions arise about fertility in women with endometriosis, including whether it lowers the chance of conception during natural conception as well as IVF. Additionally, patients often ask “do women…

Read more about Do Women With Endometriosis Produce Normal Embryos?
How Genetics Can Affect Pregnancy

Patients who have lost a pregnancy or worry that there is a genetic cause to their infertility consider genetic testing to improve the success of pregnancy. If you are trying…

Read more about How Genetics Can Affect Pregnancy
Can Cancer Genes Be Turned On Or Off?

Can cancer genes be turned on or off? In an interview for AARP Magazine by ‘Pop’ singer, Melissa Etheridge implied that genes for cancer (BRCA1 and BRCA2) can be turned…

Read more about Can Cancer Genes Be Turned On Or Off?