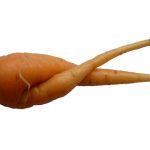 3-5% of all infertile women or women with recurrent pregnancy loss are found to have an irregularly formed uterus or a congenital anomaly of the uterus. While this may sound very worrisome, they can easily be treated or have only a small affect on reproduction. The human uterus develops as two half uterus which eventually fuse to become one uterus. The area of the fusion known as the septum gets absorbed leaving a single triangular shaped uterus. A number of anomalies occur during this formation which have varying degrees of effects on reproductive outcomes.

Many women have a slight bump at the top of the uterus called an arcuate uterus which does not affect reproductive outcomes. In cases where the septum or area in the middle of the uterus does not get absorbed these women have an increased risk of miscarriage. The good news is that this is easily corrected during a 30 minute procedure that does not involve any incisions. After removal of the septum a patient’s reproductive ability is similar to that of a patient who was born with a normally formed uterus.

The other very common uterine anomaly is called a bicornuate uterus. This occurs when the two horns of the uterus do not fuse; leaving two small half uteruses. This decreases fertility to a very small degree. However, there is an increased chance of premature labor, premature delivery and needing a cesarean section as the baby may be in the improper position. Unfortunately, correction of this problem has not improved obstetrical outcomes; therefore most reproductive endocrinologists feel that leaving this anomaly alone and have the obstetrician watch them closely is indicated. Some women are born with half of the uterus called a unicornuate uterus which has similar reproductive outcomes as a bicornuate uterus. There are other anomalies that are fairly rare; a double uterus called a Uterus Didelphys is less common and has similar outcomes as patient’s with a bicornuate uterus.

These anomalies are usually found during an infertility evaluation. It is often suspected after a hysterosalpingogram, or ultrasound. A 3-D ultrasound or MRI are best to properly diagnose these conditions. At FCNE all of these modalities are utilized in diagnosing these problems; all of the doctors at FCNE are trained in properly diagnosing and treating these abnormalities.

If you have more questions, please contact us! We are here for you.