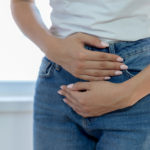 Uterine fibroids are associated with both infertility and miscarriage depending on their size and location. However, not everyone with fibroids, even large ones, will have difficulty getting pregnant. This causes controversy as to the contribution fibroids have with reproductive difficulty. Knowing how fibroids and fertility are connected is an important factor when trying to conceive.

There are three types of fibroids:

Why Can Fibroids Cause Infertility?

Infertility and miscarriage may be caused by fibroids that distort the intrauterine cavity. Intramural fibroids greater than 2 inches or 5 cm in diameter could also cause reproductive difficulty by interfering with the blood supply to the implanting embryo. Fibroids on the outside of the uterus especially if they are pedunculated (on a stalk) are unlikely to be a reproductive problem, although, they may cause discomfort.

Fibroids grow in response to estrogen and most likely progesterone as well.  Since both estrogen and progesterone receptors for growth have been identified in fibroids. Fibroids could grow in response to ovulation induction medications since they cause increased levels of estrogen. During pregnancy, fibroids may grow since pregnancy is a hyper-estrogen state. Fibroid growth during pregnancy is often associated with pain that may be treated with medications.

Do Fibroids Need to Be Treated?

Women having difficulty conceiving or who have had two or more miscarriages should be evaluated for the presence of uterine fibroids. Fibroids may be most easily identified by a pelvic examination, a pelvic ultrasound, and especially by a sonohysterosalpingogram.

If intrauterine fibroids are thought to be contributing to reproductive difficulty, minimally invasive surgical techniques using hysteroscopic resection can be performed. Laparoscopic surgery or myomectomy through a small abdominal incision may be needed to remove large intramural fibroids. If the uterine cavity is entered either using laparoscopic surgery or through an abdominal incision then the woman should not attempt pregnancy for 3 months after such surgery to give the uterus time to heal and a cesarean section would be needed for all subsequent deliveries. If the fibroids can be removed hysteroscopically without complication then pregnancy can be attempted the very next cycle following surgery and subsequent vaginal delivery could be anticipated.

At Fertility Centers of New England, our goal is to optimize all aspects of a patient’s overall health in order to have the best possible chance of conceiving. If you have more questions on fibroids and fertility, please contact us today!

How Do Women With Fibroids Have Successful Pregnancies?

Conservative approaches to fibroid treatment for women who wish to have children are a common concern we see in our patients. A question we are asked often is how do…

Read more about How Do Women With Fibroids Have Successful Pregnancies?
How Do You Know If You Have Fibroids?

Fibroids do not always cause symptoms, but how do you know if you have fibroids? The most common symptom caused by fibroids is heavy menstrual bleeding. Other common symptoms may…

Read more about How Do You Know If You Have Fibroids?
Can I Test My Fertility At Home?

Patients often ask “can I test my fertility at home?” At-home fertility tests are available over-the-counter, however, it is important to note that this does not replace the testing that…

Read more about Can I Test My Fertility At Home?