Can Vitamin D Before Pregnancy Protect The Health Of My Baby In The Future? 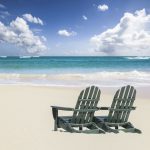 Much attention has been garnered in the exploration of the role of Vitamin D and its metabolites in both health and fertility. Can Vitamin D before pregnancy protect the health of my baby in the future? Women preparing for pregnancy religiously monitor their health and food intake and commit themselves to daily regimens of vitamins, inclusive of prenatal vitamins. Two of the major components are folic acid and calcium. Folic acid is essential in embryologic health and the calcium is necessary to replete maternal calcium as the fetal bones develop and grow through pregnancy. Vitamin D is present per RDA standards; however whether these doses are adequate to maintain appropriate blood levels remains in question.

Evidence has accumulated for the role of Vitamin D in maintaining glucose homeostatsis –effectively, reducing the tendencies toward diabetes. In a relatively recent study of women both deficient and repleted in Vitamin D, those women with lower circulating blood levels were 2-fold more likely to be diagnosed with Gestational Diabetes Mellitus (diabetes in pregnancy).

It also has been proposed that adequate Vitamin D levels during pregnancy may afford protection against the risk of Type I Diabetes in early childhood. In a large population study performed in Norway representing over 29,000 women, it was reported that women deficient in Vitamin D in pregnancy had a higher tendency toward diabetes in their offspring. Women with adequate Vitamin D were 2-fold less likely to have a child with diabetes then their Vitamin D-deficient counterparts. (Sorensen et. Al.  Diabetes 2012. Jan; 61(1):175-8.)

Maintaining adequate Vitamin D levels will not abolish childhood diabetes, but it may lower its frequency.