Becoming a Single Mother By Choice 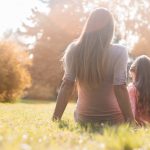 It is time to redefine antiquated terms such as “traditional” family, where the assumption is that two parents were involved in the rearing of children. In keeping with its etymologic roots, family is simply a social unit made of parent(s) and child(ren) that are cared for.

We now see more women interested in becoming single mothers by choice. They come to this desire to have a family in the absence of a second partner by choice or by life’s occurrences.  Nonetheless the path moving forward is to create a family.

The idea of raising a child alone is difficult. However, in the absence of a partner, there is often family and the depth of support from friends and community is built. And some women choose to forge this territory alone.

Fortunately, there exist like-minded women. Support in the community, both physical and virtual, grows. Organizations such as Single Mother’s By Choice, a nationwide organization offers support for those thinking about having a child and those well on their way as well as to families who have completed their child-bearing.

For women who feel time marches to quickly on, the options are to cryopreserve oocytes (eggs) or move directly toward attempting to conceive. For some, the decision to move forward was initially met with much trepidation but the outcome is welcomed. We at Fertility Centers of New England support educated choices and decisions and are committed to family building.